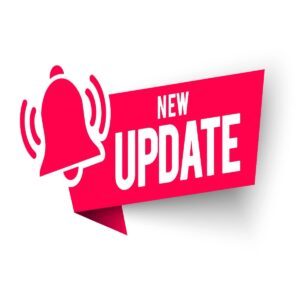 The major card networks suspended and then delayed interchange rate changes in April and October of 2020 to help assist businesses that were reeling from the effects of the pandemic. According to Digital Transactions, the rate changes that were originally set to go into effect last year now appear to be scheduled for both Visa and MasterCard and will affect a significant portion of fee categories.

The changes being made by the card networks will primarily affect interchange fees, and merchants should pay attention to these potential rate increases come April. Interchange fees are the amount paid to the card issuer or bank as compensation for expenses incurred in providing lines of credit to cardholders.

These increases are not influenced or controlled by i3 Merchant Solutions and our preferred pricing method leverages the highest level of transparency for our merchants.

While the card networks have not officially released final information on the interchange rate changes, both Visa and Mastercard have hinted at some of the updates that merchants will see.

The biggest portion of the increase will be accounted for by Visa, whose new interchange structure will result in an estimated $768 million in new fee income, and some of the industries that will be affected are restaurants, subscription-based services, and eCommerce. Small-ticket merchants and quick-service restaurants could see little impact based on ticket values.

According to a Visa spokesman, some of the rate increases may not be permanent, and they will also reduce some card-not-present rates. He points out that the CNP rates set for an increase in April will come back down later for merchants that tokenize user credentials. “Visa will provide a lower rate for certain card-not-present consumer credit transactions processed using a Visa EMV Payment Token as of October 2021,” the spokesman says.

For Mastercard, both online and in-store transactions will be affected by an estimated $383 million net increase from its rate changes. This includes many industries including grocers, airlines, and convenience stores. However, passenger transport and travel-and-entertainment outside of airlines will see at least some net benefit.

A spokesman for Mastercard refused comment on the report but added remarks about the timing of the network’s planned rate changes: “In 2020, we announced plans to make some adjustments to (U.S.) interchange rates for the first time in ten years. The changes include both increases, as well as decreases across all small-ticket transactions, and decreases in categories like car rental, lodging, certain restaurants, and daycare. These changes were planned before the pandemic and have been delayed for a year. We recognize the challenges merchants are facing and will continue to be thoughtful about the timing of implementation.”

For More About Interchange Rates: